SUNY OSWEGO - Tyler Art Gallery
Feb 7–26 2023 - Reception: Friday 2/17  5-7pm
A showcase of both old and new work by Paul Pearce, a combat veteran who is haunted by his past. His work has evolved from anti-war to an introspective exploration of this culture of war and violence. He believes we exist in a world of tension and division, a dark cloud of fear and paranoia threatens our sense of well being.

ALSO-
How We Rebuild
Finalists from the Aftermath Project
After conflicts have ended, what does it take to recover the heartbeat of humanity?

Tyler Gallery Fire for Effect image album How we rebuild

Artist Statement- Paul W Pearce
Over 100 years ago the "Great World War" ended.
It was so brutal it was declared "The War to End All Wars".
Armistice Day celebrated that period of peace but has now become Veterans Day.
Instead of celebrating the end of war, we celebrate the warrior.

Right now we are witnessing a brutal war in real time and are powerless to stop it.
Soldiers are sent to pillage, destroy and be slaughtered. We watch as whole towns and cities are decimated. Soldiers commit atrocities while other young men flee their country before they are conscripted and forced to fight an illegal war in a foreign country.

I was conscripted and forced to fight an illegal war in a foreign country.

At home we are fighting a civil war - families are split apart, neighbors become the enemy. The battlefield is the screen you hold in your hand or hang on your wall.

I am a combat veteran who cannot escape my past. My work has evolved from aggressively anti-war to an introspective exploration of my upbringing. Participating in combat has focused my attention on war and violence on many levels. I fear that our children are doomed to live in an inhospitable world, where everything and everybody is suspicious.

I question the very nature of civilization. From my perspective, we are slipping backward and are creating more sophisticated ways to be barbaric and inhumane. I am saddened and frustrated by the parade of generations marching off to senseless wars.

I was born in Utica, raised, and still live in Mattydale.
I started out as a zoology major at SUNY Oswego.
I was drafted, went to Officer candidate School, Went to War in Vietnam
Came back to SUNY Oswego as an art student - photography/printmaking
Continued in the Masters of Art program at Oswego
Worked as an assistant in Tyler Art Gallery
Managed SPC Press and SPC TV for the Syracuse Peace Council
Was co-director of Altered Space Gallery
Taught photography at Cazenovia College
Came back to teach photography at SUNY Oswego
Went back to teach photography at Cazenovia college

As Joseph Heller puts it... "Nothing makes sense and neither does anything else"

This penetrating and transformative photography exhibition draws from twelve years of work created by grant winners and finalists from The Aftermath Project, a non-profit organization committed to telling the other half of war stories, after the conflicts have ended—what it takes for individuals to rebuild destroyed lives and homes, to restore civil societies, and to recover the heartbeat of humanity. 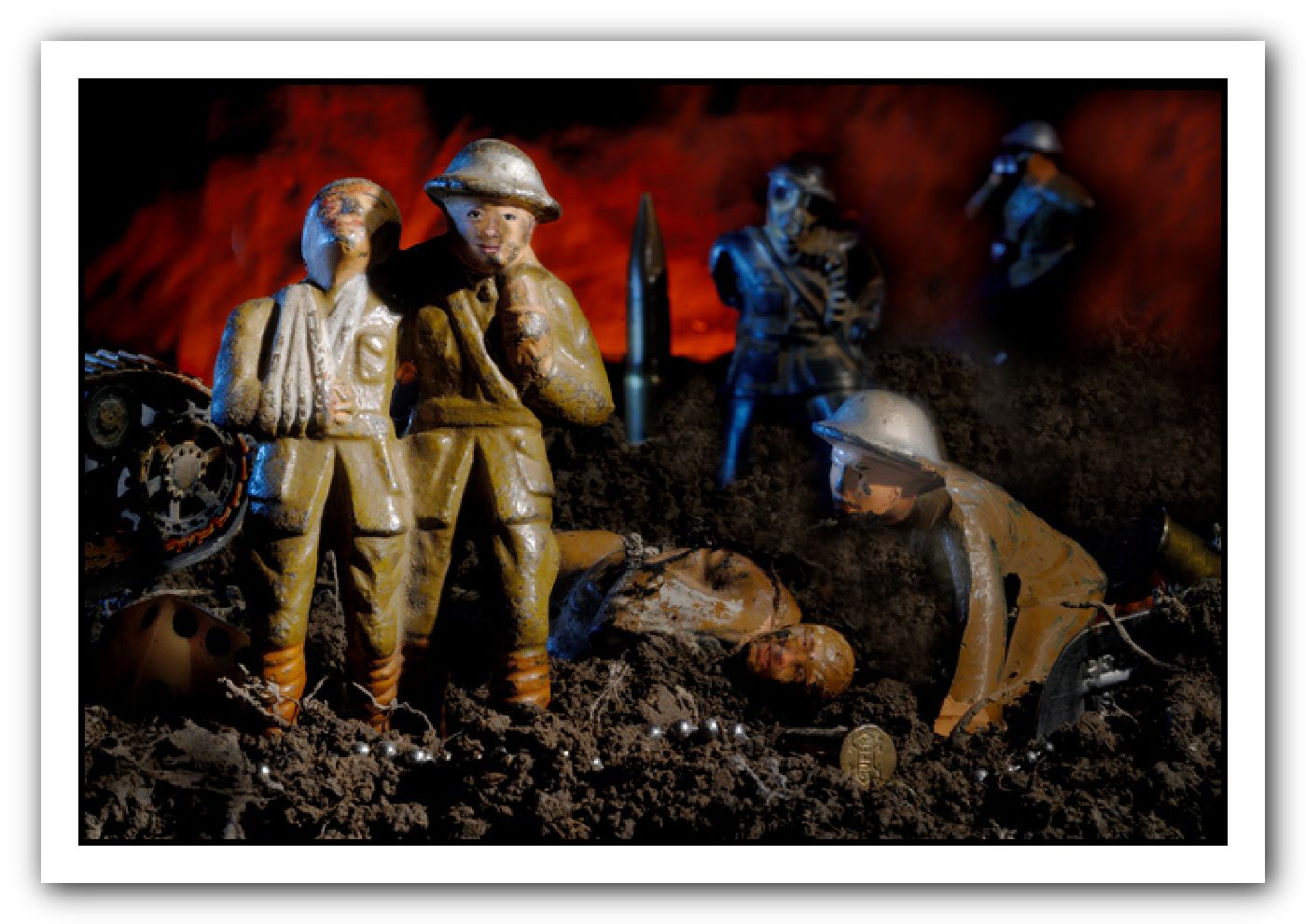 Nothing made sense and neither did everything else.